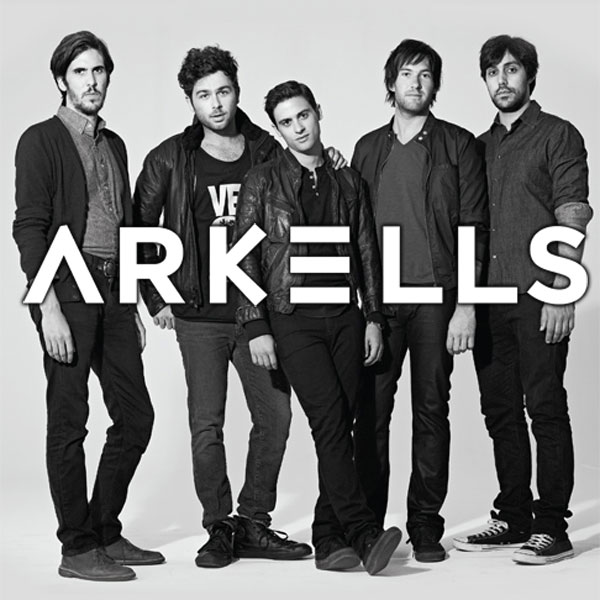 Your record “Michigan Left” was just released in Germany. Tell us something about the record? What can we expect?

Arkells: Michigan Left was a lot of fun for us to make. The Tragically Hip (very popular band in Canada) have an old house in Ontario that they converted into a great studio which is where we recorded it and this time around we really had a chance to take a little more time with the recording process. I think every time this band gets the opportunity to record, we learn something about ourselves and our potential. It’s a little more of a mature record that we hope you will enjoy.

In Canada it was already published in 2011. Are you as exited for the album to come out in Europe as you were before?

Arkells: Absolutely. Songs are like children, it’s hard to pick favourites. This is like seeing your children go off to high school. It’s new and exciting to see the growth and see where it can take us.

In my opinion, “Michigan Left” is a bit more serious, maybe more mature, than your first album “Jackson Square”. How did you change during these years and how does it affect your music?

Arkells: As I mentioned above, every time we go through the songwriting and recording process, we learn more about ourselves and the process. It feels like we get a little closer each time. A good friend once told me that throughout a career in music you simply get closer and closer to making the records sound like what’s in your head.

It feels like there are ten short stories on “Michigan Left”. Stories about old friends and relationships, stories about the real life. Have you experienced these stories yourself?

Arkells: Max definitely writes “storyteller” style lyrics. I know a lot of the songs are about personal relationships but many are from the point of view of seeing friends and loved ones going through different experiences whether it be hardships or relationships. It’s safe to say they all come from personal experiences.

The song “On Paper” describes that sometimes you just don’t find the right words to say but on paper you can write down everything. Does the music make it easier for you to express feelings?

Arkells: I think it’s very important for everyone involved to be on the same page musically. That usually comes from everyone having an understanding of the message a song portrays. Therefore yes, having a group focus in on a message or feeling really helps create a stronger outlet for such feelings.

I read a review about “Jackson Square” and in the end it described the record simply as “Something old, something new, something borrowed, something blue”. Can you agree to this desciption and can you refer it to the new record as well?

Arkells: I think that adequately describes the way influences peer into your own music. With it being 2013, we are fortunate to have many decades of great music to draw from (something borrowed.) We have always been fans of many classics (something old) and we are all consciously keeping our ears to the ground for new music as any huge music fan would (something new.) As for something blue, well that one has even me guessing.

You’re not really well known in Germany yet. So tell us something about the band. You founded in 2006. How does it came about? You met at high school, didn’t you?

Arkells: The band started when three of us were at McMaster University. Myself (Tim) and Anthony were the two who didn’t attend that University but were brought in through friends. All of our first gigs and rehearsals were in the Hamilton area. We rehearsed in the student house on Arkell Street and that’s where the name came from.

Arkells: As fortunate as we are to now get to travel most of the year, It really creates a love for a place that you can hang your hat not have to live out of a bag. I fell that home is what keeps you going, it’s somewhere you can look forward to being comfortable and being with loved ones.

Arkells: We never set out to win awards. It was never the plan when we were starting out however we are very grateful and super flattered to win them. It makes you take a step back and reflect on your hard work and efforts.

Last year you toured with Billy Talent. How is touring with them? And did you (as a “small” band) learn something from such a popular band?

Arkells: We were really happy for such a great opportunity. We had met them in Canada on a few occasions and to be over the pond with such great people who are also Canadian made for a very great tour and experience. As for their shows, heck yeah, we were watching every night and taking notes.

Your Europe tour is coming up. Are you exited? Is there a difference between touring Germany and touring Canada?

Arkells: We really love coming to Europe. It’s great to play to and meet new people as well as to experience the culture. The biggest difference between touring Germany and Canada would have to be the drives. In Canada the big cities are so far apart. It’s not uncommon to have a 10 to 15 hour drive between shows. It makes for a real treat to have much shorter drives between gigs in Germany and Europe as well.

You made an interview with Billy Talent for the German channel Bunch TV. Which other band or person would you like to interview and what would be your question?

Arkells: Would have to keep it Canadian and say Neil Young would be really cool to interview, and my question, do you need a back-up band anytime soon?